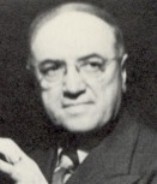 Doublier was born crippled and his father Edouard intended that he would train for an occupation that did not require him to walk much; ironically, Doublier was destined to travel the world over promoting the Lumière Cinématographe. His father was killed in an accident when Francis was twelve; the children of the family (two boys and two girls), resident in Lyon, were then all found employment by Antoine Lumière in his factory (Francis's brother Gabriel subsequently worked on colour photography for the Lumières). Doublier was thus present at much of the very first Lumière film activity: he claimed to be in the first Lumière film, Sortie des Usines, riding on a bicycle and wearing a straw hat. Doublier's first major trip abroad was with Moisson to introduce the Cinématographe to Russia. Having passed through Amsterdam (where he established a Lumière show) Doublier arrived in Russia. On 17 May 1896 films were shown for the first time in Russia when Doublier presented a Lumière programme at St. Petersburg that included such titles as Partie d'Ecarté and Arrivée d'un Train, but the first film show came after the first filming, for an equally important reason for going was to film the coronation of Tsar Nikolas II on 14 May. Special permission had to be sought by the French embassy from a suspicious Russian government before it was possible to set up a stand, from where Doublier and Charles Moisson recorded the first moving pictures in Russia. They were also there two days later to record the presentation of the Tsar to his people, when a stand gave way, panic ensued and thousands were trampled to death. Doublier and Moisson's cameras faithfully recorded the scene, but the films were confiscated.

Moisson returned to Paris and Doublier went on to Schwerin in Germany, but returned in September 1896 and under the direction of the newly-appointed Lumière concessionaries Arthur and Ivan Grunewald set up a salon in Moscow that month. Doublier, with assistant Swatton, then toured Russia extensively for the next two years. Among the anecdotes he told, the best known is of his appearance in southern Russia, when he presented combined stock film of troops, buildings and a warship with appropriate commentary as a record of the Dreyfus case, to the great interest of the local Jewish population. His subsequent journeys were many, though difficult to date. Certainly he visited the Netherlands, Spain, Germany and Hungary, and in 1899 alone travelled to Greece, Bulgaria, Romania, Turkey, Egypt, Greece, India, China and Japan. He also visited Indo-China and Java, filming and exhibiting each time. In 1900 he returned to France to assist at the Lumière exhibit at the Paris Exposition. In 1902 he went to the United States to work at the Lumière North American Company plant in Burlington, Vermont, before moving to Fort Lee, New Jersey, where he was to remain, continuing to work as a film laboratory technician.

Francis Doublier, 'Reminiscences of an Early Motion-Picture Operator', in Deutelbaum, 'Image' on the Art and Evolution of the Film (1979)