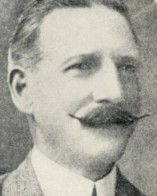 E.G. Turner and J.D. Walker, founders of the first film company in Britain to rent films, formed their partnership in 1896 when (based in London) they toured the country with Edison Kinetoscopes and Phonographs. In August 1896 they acquired a Wrench Cinematograph and introduced projected film into their shows, billing themselves as the North American Entertainment Company. The redoubtable Mrs Walker was their projectionist. Reforming as Walker and Turner in 1897, they had found less success than they might have hoped when going for a better class of audience and emphasising the educational aspects, so (as Turner recalled) they 'went for the working classes'. This was a sound change of policy, and after a year's successful year's business they started to rent out the large collection of films that they had amassed, which ranged from Edison and Lumière titles with which they started out, to Robert Paul, Birt Acres, G.A. Smith, James Williamson and Mitchell and Kenyon's popular Boer War 'fakes'. Acquiring up to a dozen titles of any one title, they hired out anything from single films to half-hour programmes.

Around 1900 Walker and Turner teamed up with G.H. Dawson (a school teacher who had hired films from them), the three names eventually blending to form Walturdaw in 1904, thereafter a leading film renter. In 1905 Walturdaw began film production for itself; in 1907 the company introduced its own synchronised sound film system, the Cinematophone. It continued a steady if unambitious path in film distribution until being wound up in 1924, though the name Walturdaw continued for some years after as a film equipment suppliers. Turner himself enjoyed a long period as a senior representative of the pioneering days, becoming chairman of the Kinematograph Renter's Society and the Kinematograph Manufacturer's Association, as well as president of the Cinema Veterans Society. The series of articles he wrote for the Kinematograph Weekly in 1926 provide a detailed and valuable account of the British film business in the 1890s.