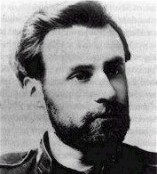 Herbert Booth was the son of William Booth, founder of the Salvation Army, and was as charismatic a figure as his father but also wilful and independent. In September 1896 he arrived in Australia as the new Salvation Army Commandant for Australasia, and swiftly saw that the new moving pictures could be added to the already existing lantern slide projections of the Army's Limelight Department (run by Joseph Perry) to reinforce the Army's message and to serve as a valuable source of funds. Film projections were gradually introduced into Perry's programmes throughout 1897, and following his first tentative experiments at shooting films of his own, the Salvation Army went into film production seriously in 1898. A glass-walled studio was constructed in Melbourne for the taking of films and life-model slides. The first Army films were exhibited in February 1898, but these were only a prelude to a major accompaniment to Booth's social work lecture, premiered at the Sydney Town Hall, 11 July 1898. Known first as The Commandant's Limelight Lecture, then as The Salvation Army's Social Work in Australasia, it was most commonly known as Social Salvation. The two and a half hour show, as it evolved to become in the years that it toured, eventually comprised 275 lantern slides, twenty-five one minute films shot by Perry with a Lumière Cinématographe, hymns, scriptural readings and instrumental solos. Individual stories featured throughout, in slide and film form, showing how people who had fallen astray were rescued by the Salvation Army. Films of slum dwellings were employed to challenge the audience to rise to the problems faced, a radical use of the new invention which until then had been seen by most as a passing diversion.

Social Salvation led the way to a second production, Soldiers of the Cross. Sometimes mistakenly described as the world's first feature film, this was another 'multi-media' presentation of songs, slides, films and scripture on the theme of Christian martyrdom. The impetus was the Limelight Department's earlier successful presentation of the Lumière passion play films, La Vie et la Passion de Jésus-Christ (1897), filmed by Georges Hatot. Booth wrote out his lecture, with descriptions of the slides and films necessary, and a cast of 150 (recruited entirely from Army members) acted out the scenes. However, much of Soldiers of the Cross employed material reused from earlier exhibitions, including some of the Hatot films. Those films made by the Army were directed by Booth and photographed by Perry during 1899-1900 and the premiere took place 13 September 1900 at Melbourne Town Hall. The show lasted just over two hours, three-quarters of which was occupied by lantern slides, interspersed with fifteen ninety-second films. Further film scenes were added as the production toured and the Limelight Department acquired Warwick Bioscope cameras and projectors with greater film capacity in 1901. Booth delivered the lecture for the debut presentation, but illness meant that he gave only one further presentation in 1900. A tour was relaunched in 1901, but Booth's ill health and souring relations with the Salvation Army's command in London, which he felt to be autocratic and restrictive, led to his request to leave his post and a somewhat infrequent exhibition schedule for Soldiers of the Cross, despite much popular acclaim. Booth left for Western Australia in September 1901, taking Soldiers of the Cross for its final Australian tour, and in February 1902 resigned completely from the Salvation Army. Booth and his family left for San Francisco in August, with the Army shattered at the departure of its founder's son and one of its most brilliant representatives. Booth continued to tour as a lecturer throughout the United States, still giving his Soldiers of the Cross lecture. He toured Europe, South Africa and Canada, and returned with it to Australia in 1919-20, by which time the film inserts had been dropped. He died from heart disease in New York, 25 September 1926.