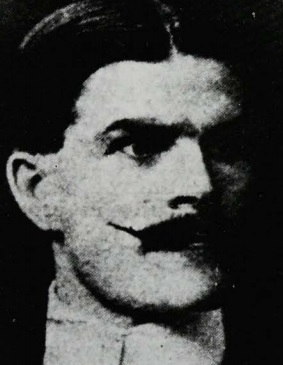 Using the stage name 'Belsaz', Green was a magician and touring showman who had travelled widely in Canada and the United States. Learning of the impending debut of the Edison Vitascope at Ottawa, and without having even seen moving pictures, Green offered his services as lecturer and entertainer to Ahearn and Soper's Electric Railway Company, owners of West End Park, where the Vitascope was due to appear under the auspices of the Holland brothers. Green was accepted, and on 21 July 1896, following the regular Belsaw magic show, the people of Ottawa witnessed a programme which included celebrated Canadian actress May Irwin in The Kiss. Long believed to be Canada's first projected film show, French-speaking Canada had already been visited by the Lumière operators Louis Minier and Louis Pupier, starting in Montreal on 28 June 1896. The first films to be seen in English-speaking Canada, and Green's presentation of them were a huge success, playing to thousands for a number of weeks, and Green promptly acquired a projector of his own and proceeded to tour Canada with a combined magic and moving pictures show. Once it became clear that the days of travelling shows were over, shortly into the new century, Green settled down and turned to managing theatres in Canada and the United States, but stayed devoted to magic though turning his back on films.