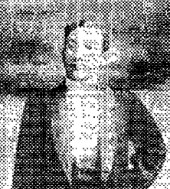 Komada Koyo the first Japanese film star, not for appearances on film but for the commentary he gave to accompany films. The benshi, a peculiarly Japanese form of lecturer, became the star figures of the first years of Japanese cinema, greatly embellishing the simple plots being shown on the screen, adapting narratives to suit all occasions, and become hugely popular in their own right, to the extent of having a severely restricting effect on Japanese film form for many years. Komada first appeared as benshi for the Edison Vitascope of Arai Saburo in March 1897 at the Kikikan theatre, an important early venue for film in Japan and for Japanese film. By 1899 Komada had become an independent promoter with his Association of Japanese Motion Pictures (Nihon Sossen Katsudo Shashin Kai), by which he instigated several films taken by Shibata Tsunekichi, starting with films of geisha dances shown at the Kabuki theatre on 20 June 1899 and then the first Japanese fiction film, Inazuma goto Hobaku no Ba (The Lightning Robber is Arrested); Komada's commentary for this film could be adapted to fit any desired criminal known to the audience, and the film was immensely popular. Other films followed in 1899, all shot by Shibata, of which the most notable was a record of the Kabuki actors Danjuro IX and Kikugoro V, Momiji-gari (Maple Leaf Hunters). Komada went on have a successful career as a benshi, later giving commentary to the Russo-Japanese war films that dominated Japanese screens in 1904-5.