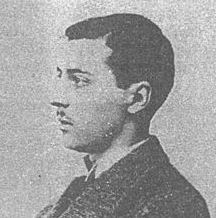 Cinema arrived in Romania on 27 May 1896 at Bucharest in a Lumière programme sponsored by the local French-language newspaper L'Indépendence Roumaine. Titles featured were reported as A Dinner, The Cycling Lesson, The Zoo, Coming out of Church after Mass, A Picnic, The Paris Opera Square, and Arrival of the Train. The managers of L'Indépendence Roumaine subsequently acquired a Cinématographe and entrusted it to Paul Menu, a photographer and the son of a French optician living in Romania. Menu took his first films on 10 May 1897, filming the ceremonies surrounding the parade celebrating the anniversary of the victory in the Independnce War of 1877. He filmed the King and Queen, and one film, H.M. the King Riding to the Palace, Escorted by his General Staff and by the Foreign Military Attachés survives. The following day he filmed horse racing scenes at the Baneasa Racing Field. Menu's films were premiered on 8 June 1897 to an invited audience, many of whom were reported delghted to recognise themselves on the screen. Menu shot further scenes in Bucharest, Danube floods and the Romanian navy, then in 1898 gave up cinematography for good, selling his camera to Gheorghe Marinescu.

Manuela Cernat, A Concise History of the Romanian Film (Buchaest, 1982)