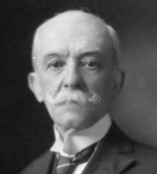 Cinema came to Uruguay on 18 July 1896 when the Lumière Cinématographe reached the Salon Rouge, Montevideo. Félix Oliver, the first filmmaker in Uruguay, was born in Catalunya, Spain in 1856. He came to Uruguay with his family, merchant sailors from El Masnou, in 1874. After several years at sea between the Caribbean and the United States they established their new home in Montevideo. Oliver's first business was a paint shop. Because of this he travelled frequently to Madrid and Paris for new products. There, in 1898, he attended a cinematography exhibition and was fascinated. He brought back a camera, projector and some films and shot the first films of Uruguayan scenes. His best known title is Una carrera de ciclismo en el Velódromo de Arroyo Seco, a bicycle race filmed in 1901 (not 1898 as stated in some film histories). This film is kept by the Cinemateca Uruguaya with other short scenes filmed by Oliver between 1900 and 1905. Oliver also established a film salon in Montevideo in 1899. According to his family, on returning to Europe in 1900, Oliver met and befriended Georges Méliès. An associate of his in the paint shop, Justino Barrucci, and his brother José also played a key role in the promotion of cinematography in Uruguay, opening several theatres. Oliver continued to film local scenes. His main business, La Platense, became very important selling paint and house decoration materials. His nephews Mariano and Juan Oliver also became filmmakers but their main business, between 1915 and 1925, was the distribution and exhibition of films. They competed at that time with a company owned by Bernardo Glücksmann, brother of Max Glücksmann, the leading entrepreneur in early South American cinema.