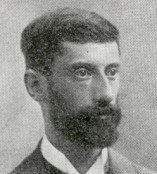 Foremost pioneer of the British film industry in its formative years. Robert Paul was born on 3 October 1869 at 3 Albion Place, off Liverpool Road, Highbury, North London. He was educated at the City & Guilds Technical College, Finsbury. Before starting business on his own account in 1891, he worked in the electrical instrument shop of Elliott Brothers in the Strand, where he obtained a practical knowledge of instrument making. His own business was conducted from 44 Hatton Garden. His main concern was producing instruments to meet the ever-growing demands of the electrical industry and in this he was remarkably successful. In addition to his achievements in the electrical field, Paul holds a unique position in the history of the early cinema. His genius and talents were such that he combined not only the roles of inventor and manufacturer, but also those of producer, exhibitor, and cinematographer. No other film pioneer ever matched his extraordinary versatility, yet Paul himself regarded his film work as just a side-line to his electrical interests.

Paul's involvement with cinematography came about by chance, when he was asked to make replicas of Edison's Kinetoscope, a peepshow device for viewing 35 mm films by transmitted light, which had not been patented in England. Having agreed to manufacture the machines for his clients, Greek entrepreneurs Georgiades and Tragides, he then decided to make others for himself. The only films available were controlled by the Edison company and so in order for Paul's Kinetoscope business to succeed, it was essential that he make his own films. With only the Kinetoscope machine and its films to go on, Paul, with the assistance of a professional photographer, Birt Acres, designed and manufactured a cinematograph camera, now known as the Paul-Acres Camera. By 29 March 1895, the first successful English film had been shot, showing Paul's friend Henry Short outside Clovelly Cottage, Barnet, the home of Birt Acres. Between February and June 1895 Acres went on to film other subjects for Paul, including Oxford & Cambridge University Boat Race; Arrest of a Pickpocket (the first dramatic photoplay made in England); The Derby; Comic Shoe Black; Boxing Kangaroo; Performing Bears; Boxing Match; Carpenter's Shop; Dancing Girls; Rough Sea at Dover; and Tom Merry, Lightning Cartoonist. These are among the very first films made in England and were seen for the first time at the Empire of India Exhibition, Earl's Court, where Paul had installed a number of his Kinetoscopes. At that time of course, the projection of films upon a screen was still largely unknown. After the last of these films were taken, the incompatible Paul and Acres parted company. Thereafter, each went his own independent way, Paul to ever greater success and Acres to eventual oblivion and bankruptcy.

On 24 October 1895, Paul filed a patent application for a moving picture journey through time, inspired by the H.G. Wells novella The Time Machine, in which the audience would experience the physical sensation of being transported through time and space. Among the methods suggested for achieving this illusion was screen projection of Kinetoscope films. Although the idea never materialised, something of the sort eventually appeared as Hale's Tours of the World, which simulated a railway journey by means of films shot from the front of a locomotive. Paul achieved screen projection at the beginning of 1896, when he published details of his first projector, the Theatrograph, in the English Mechanic for 21 February. This was the first commercially produced 35 mm film projector to be produced in Great Britain. The previous day, Paul had given a demonstration of his Theatrograph at his old technical college in Finsbury on the very same day that the Cinématographe-Lumière was shown at the Polytechnic, Regent Street. A further demonstration of the Theatrograph was given at the Royal Institution on the 28th. Its public debut occurred on 19 March at the Egyptian Hall, Piccadilly and two days later Paul exhibited it at Olympia. The first model of the Theatrograph had some defects, but despite its imperfections it nevertheless proved to be the prototype for the modern projector. Within a few days of the launch of the first Theatrograph, Paul produced a second improved model which he patented on 2 March 1896. In all, Paul was to design and manufacture no less than five different models before quitting the film business in 1910. Among the innovations he introduced were an intermittent mechanism based on the Maltese cross; modern-type sprockets that prevented wear on the film, and a number of features that rendered the machine fireproof. He also envisaged the mobile electric generator for fairground showmen.

After his breakup with Birt Acres, Paul did not resume film production until April 1896, when he constructed a new camera based on the design of his second Theatrograph projector. By this time screen projection was becoming the recognised way of presenting films, rendering the Kinetoscope peepshow obsolete. In addition to the various actualities shot in the streets, a little comedy called A Soldier's Courtship was staged on the roof of the Alhambra Theatre, Leicester Square, where he was then exhibiting. This starred Fred Storey, Julie Seale, and Paul's wife Ellen as the interloper. It became so popular that he made a second version the following year. Paul also filmed the topical events of the day and his film of the Derby of 3 June 1896 was shown at two major London theatres within twenty-four hours of the event taking place, thus marking the true beginning of the news film. Paul was one of the first English producers to realise the possibilities of cinema as a means of presenting short comic and dramatic stories and to this end he built the first studio in England, with an adjacent laboratory capable of processing up to 8,000 feet of film per day. He employed a staff of very able technicians, some of whom - G.H. Cricks, J.H. Martin, Jack Smith, Walter Booth and Frank Mottershaw - went on to achieve success in their own right. Paul's films were some of the most technically advanced for the times, his trick films being extremely ingenious. His choice of subject matter was more varied than that of any of his contemporaries and his coverage of topical events, including the war in South Africa, was matched only by that of the Warwick Trading Company and the Mutoscope & Biograph Syndicate. By the turn of the century his film projectors were being exported to the Continent, as well as to Australia and other British Dependencies. He entirely dominated the home market and it is no wonder that he earned his title 'Father of the British Film Industry.' In 1920 his business was amalgamated with Cambridge Scientific Instruments Ltd. When he died on 28 March 1943 at the age of seventy-four, he left industrial shares valued at over £100,000 to form a trust - the R. W. Paul Instrument Fund - administered by the Institution of Electrical Engineers, of which he had been a continuous member since 1887, the income to be used primarily for the provision of instruments of a novel or unusual character to assist physical research.

R.W. Paul, 'Before 1910: Kinematograph Experiences', Proceedings of the British Kinematograph Society no. 38 (London: BKS, 1936) [reprinted in Raymond Fielding, A Technological History of Motion Pictures and Television (1967)]