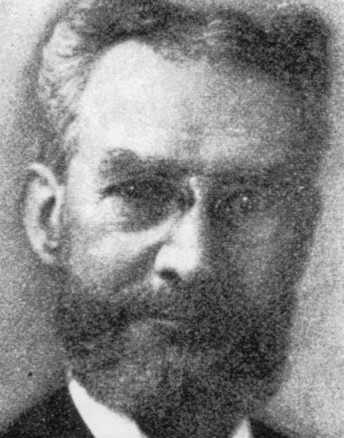 Power's projectors were, along with Edison's machines, the first American projectors produced on a commercial scale. They were extremely popular and a large number were exported to Britain and around the world. A dabbler in real estate before being involved with film presentation, Power was acting as projectionist at Koster & Bial's Music Hall New York in the autumn of 1896 or spring of '97, and later at a vaudeville theatre in Brooklyn. Dismantling the intermittent movement of an Edison projector he was unable to re-assemble it in time for the evening show - and quit, either voluntarily or 'by request'. Shortly afterwards he started a repair shop for Edison projectors, and in 1897 or '98 developed his own machine, the Powers Peerless Projector. Few were sold, but shortly afterwards came the Power's No. 1 and several subsequent models, with the No. 4 of 1905 selling thousands, and the No. 5 proving equally popular. Powers 'Cameragraph' projectors incorporated a novel variation of the Maltese cross, designed to speed up the pull-down of the film and thereby reduce flicker on the screen. In a 1925 presentation to the SMPTE, F.H. Richardson regretted that Power 'has passed to that bourne whence no traveler ever returns, into the shadows of which so many of the pioneers of the industry have already entered'.

F.H. Richardson, 'What Happened in the Beginning', Transactions of the SMPTE, September 1925 [Reprinted in Raymond Fielding, A Technological History of Motion Pictures and Television (1967)]