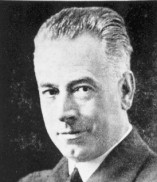 At twenty-one years old, Matt Raymond was the electrician of the Royal Polytechnic Institute in Regent Street, London, responsible for installing the electric arc lamp for Felicien Trewey's first Cinématographe performances. There were serious problems with the arrangement, and Raymond saved the day by quickly arranging the replacement of the arcs and lamphouse condenser. Trewey realised the value of the young electrician, and arranged for him to install the equipment at Cardiff in May 1896, and the Free Trade Hall, Manchester. Returning to London in June, Raymond installed a projection room for the Cinématographe at the Crystal Palace; at the Empire Theatre, Leicester Square, in July; and in Sheffield, Dublin, Belfast and many other towns. Raymond must also have acted as Trewey's cameraman, taking the first English Lumière films including Cyclistes et cavaliers arrivant au cottage (featuring Trewey as a participant), Entrée du Cinématographe (showing the frontage of the Empire Theatre), Pont de la Tour and Pont de Westminster (all 1896). Late in the year, after splitting with Trewey, Raymond joined Chard & Co. of Great Portland Street, who had their own projector. He acted as installer and operator at the Shakespeare Theatre, Liverpool that Christmas, when a selection of films was shown during the pantomime Babes in the Wood. Soon afterwards he joined Maguire & Baucus, selling Edison projectors. In 1898 he bought a Warwick Bioscope and toured with it, eventually buying around twenty machines to install in various music-halls around the provinces, subsequently spreading to Belgium, Holland, Germany and France. On returning to England he founded the Raymond Animated Picture Co (1905-1925) and set up a chain of permanent cinemas. He served as treasurer of the Cinema Trade Protection Society between 1907 and 1920, and later the Cinematograph Exhibitors Association. In November 1921, he became master of the 'Anima' masonic lodge, then composed entirely of members of the film industry.

John Barnes, The Beginnings of the Cinema in England (vols. 1 & 4)