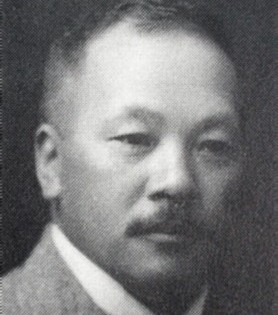 Shibata Tsunekichi was a photographer employed by the Mitsukoshi department store in Japan. He appears as a filmmaker in April 1898, filming five scenes in Tokyo for the Lumière brothers, the first films in Japan by a native filmmaker. In 1899 he filmed three geisha dances, at the behest of Komada Koyo, benshi and proto-film producer. The dancers had trouble staying within the sight-lines laid down for them, but geisha films went on to become a very popular native product in the earliest years of Japanese filmmaking. The geisha films were first shown 20 June 1899. In September of the same year Shibata shot Inazuma goto Hobaku no Ba (The Lightning Robber is Arrested), with Yokoyama Umpei playing the detective and Sakamato Keijiro the burglar. The following day Shibata shot Shosei no Sumie (The Schoolboy's Ink Painting) with Yokoyama as a man painted with ink by two boys while he is asleep on a bench. In November 1899 he shot the most prestigious Japanese film so far, Momiji-gari (Maple Leaf Hunters), intended as an historic record of the Kabuki theatre actors Danjuro IX and Kikugoro V. Ninin dojoji (Two People at Dojo Temple) was made in December. Shibata, by now Japan's most experienced camera operator, is last known of being sent with Fukaya Komakichi to film the Boxer rebellion in China, travelling with a contingent of the Japanese army throughout August 1900.