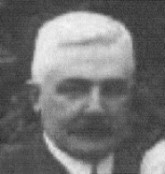 Cecil Wray, of 2 Southbrook Terrace, Bradford, showed an interest in cinematography very early on; patenting on 3 January 1895 a lantern/prism device for projecting Kinetoscope peep-show pictures onto a screen. He later invented the more practical Kineoptoscope projection device - commercialised in 1896 by Riley Brothers of the same city, who acquired the patent rights - which was a mechanism designed to fit into the slide-stage of a standard optical lantern. On 9 March 1896 Wray lectured to the Bradford Photographic Society on 'Phonographs, Kinetoscopes, and the Kinetograph', outlining advances in cinematography, and promoting the use of the Edison-Bell Phonograph in lieu of a shorthand secretary. Wray showed films in Bradford, on the Cinetograph (almost certainly his recently-invented Kineoptoscope), on 11 June 1896. With Cecil William Baxter he set up premises at Borough Mills, Manchester Road, where they designed and manufactured a cine camera/projector of robust construction- known simply as the 'B & W cinematograph' - claimed to be the first to be used in Japan. Baxter & Wray patented a second apparatus on 6 May 1897, in association with Bradford clockmaker Joseph Oulton; the 'Perfection' cinematograph. It was very different from the previous machine, being similar to the 'Riley' Kineoptoscope . An 1899 advertisement claimed 'Never gets out of order ... will take Films of any length, from 50 feet to 1/2 a mile...Any of our Machines will photograph as easily as project.' They also offered films for sale, including those of George Méliès, but their partnership was of short duration, and by 1899 Cecil Wray was trading on his own from the same address, his advertisements proclaiming 'In this Business we have led, others have followed'.